Migration and Awareness of Trafficking in Persons by Rene Wadlow

On 23 October 2019,  39 people( 8 women and 31 men);   were found dead in a refrigerated trailer truck;  coming from Belgium in the last leg of its journey.  The truck was at a parking lot in Essex, near London, England.  The identity of the persons is still in the process of being investigated.  They may be Vietnamese having traveled through China or Chinese.  The victims draw sad attention to the process of trafficking in persons. 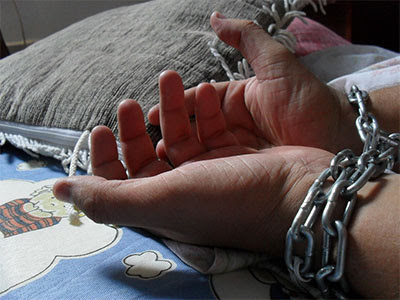 The United Nations Global Compact for Safe, Orderly and Regular Migration;  has drawn attention to the positive aspects of migration.  However;  there are also negative aspects;  so that we are also concerned with migration that is not safe such as trafficking in persons. A U.N. report presented to the Commission on the Status of Women highlighted;  that human trafficking is one of the fastest growing criminal industries and one of the biggest human rights crises today.  The vast majority of victims trafficked are for sexual exploitation;  while others are exploited for forced labor and forced marriage.

One aspect of migration issues is the issue of the trans-frontier trafficking in persons. Awareness has been growing;  but effective remedies are slow and uncoordinated.  Effective remedies are often not accessible to victims of trafficking owing to gaps between setting international standards;  enacting national laws and then implementation in a humane way.

The international standards have been set out in the “United Nations Convention against Transnational Organized Crime” and its “Protocol to Prevent;  Suppress and Punish Trafficking in Persons;  Especially Women and Children.” The Convention and the Protocol standards are strengthened by the “International Convention on the Protection of the Rights of All Migrant Workers and Members of their Families.”  The world-wide standards have been reaffirmed by regional legal frameworks such as the “Council of Europe Convention on Action against Trafficking in Human Beings.”

Despite clear international and regional standards;  there is poor implementation, limited government resources and infrastructure dedicated to the issue;  a tendency to criminalize victims and restrictive immigration policies in many countries.

Trafficking in persons is often linked to networks trafficking in drugs and arms.  Some gangs are involved in all three; in other cases agreements are made to specialize and not expand into the specialty of other criminal networks.

Three Sources of Trafficking in Persons

Basically;  there are three sources of trafficking in persons.  The first are refugees from armed conflicts.  Refugees are covered by the Refugee Conventions supervised by the UN High Commissioner for Refugees (UNHCR) in the country of first asylum.  Thus Syrian refugees are protected and helped by the UNHCR in Lebanon;  but not if they leave Lebanon.  As ¼ of the population of Lebanon are now refugees from the conflicts in Syria;  the Lebanese government is increasingly placing restrictions on Syrian’s possibility to work in Lebanon, to receive schooling, medical services, proper housing etc.  Thus many Syrians try to leave Lebanon or Turkey to find a better life in Western Europe.  Refugees from Iraq, Afghanistan, Sudan follow the same pattern.

The second category are people leaving their country for economic reasons − sometimes called “economic refugees.”  Migration for better jobs and a higher standard of living has a long history.  Poverty, ethnic and racial discrimination, and gender-based discrimination are all factors in people seeking to change countries.  With ever-tighter  immigration policies  in many countries and with a popular “backlash” against migrants in some countries, would-be  migrants turn to “passers” − individuals or groups that try to take migrants into a country, avoiding legal controls.

A third category − or a subcategory of economic migration − is the sex trade  usually of women but also children.  As a Human Rights Watch study of the Japanese “sex-entertainment” businesses notes “ There are an estimated 150,000 non-Japanese women employed in the Japanese sex industry  primarily from other Asian countries such as Thailand and the Philippines.

These women are typically employed in the lower rungs of the industry  either in ‘dating’ snack bars or in low-end brothels;  in which customers pay for short periods of eight or fifteen minutes.

Abuses are common as job brokers and employers take advantage of foreign women’s vulnerability as undocumented migrants: they cannot seek recourse from the police or other law enforcement authorities without risking deportation and potential prosecution;  and they are isolated by language barriers, a lack of community, and a lack of familiarity with their surroundings.”  We find similar patterns in many countries.

The Association of World Citizens

The scourge of trafficking in persons will continue to grow unless strong counter measures are taken.  Basically; police and governments worldwide do not place a high priority on the fight against trafficking unless illegal migration becomes a media issue.

Thus real progress needs to be made through non-governmental organizations (NGOs)  such as the Association of World Citizens  which has raised the issue in the United Nations Human Rights bodies in Geneva.

There are four aspects to this anti-trafficking effort.

The first is to help build political  will by giving accurate information to political leaders and the press.  The other three aspects depend on the efforts of the NGOs themselves.  Such efforts call for increased cooperation among NGOs and capacity building.

The second aspect is research into the areas  from which children and women are trafficked.  These are usually the poorest parts of the country  and among marginalized populations.  Socio-economic and educational development projects must be directed to these areas;  so that there are realistic avenues for advancement.

The third aspect is the development of housing and of women’s shelters,  to ensure that persons who have been able  to leave exploitive situations have temporary housing and other necessary services.

The fourth aspect is psychological healing.  Very often women and children  who have been trafficked into the sex trades have a disrupted or violent family  and have a poor idea of their self-worth. This is also often true of  refugees from armed conflict. Thus  it is important to create opportunities for individual and group healing  to give a spiritual dimension to the person through teaching meditation and yoga.  There are needs for creating adult education facilities so that people may continue a broken education cycle.

There are NGOs  who are already working along these lines.  Their  efforts need to be encouraged and expanded.